Wood furniture is very common and abundant in many households. However, no matter how much we try to take care of it, there will always be signs of extensive use. These signs can come in the form of scratches, dings, and dents. Fortunately, assuming that the damages aren’t too severe, we can repair them ourselves. 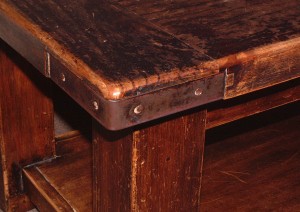 Before repairing any furniture, remember to clean them with dishwashing liquid or Murphy Oil Soap and water first in order to remove wax, grease, oil, or polish. It is also best if you repair shallow scratches first, followed by deep scratches, and then larger dents and dings.

To repair furniture scratches, you can actually use the meat of a walnut, pecan, or Brazil nut. The oil in these can darken small, raw scratches. However, if there are too many scratches, lightly stroking hard paste wax with No. 0000 steel wool along the grain of the wood would be a better option. Buff up the surface with a soft cloth right after and apply lacquer or varnish for a smooth effect. You can also touch up furniture by using stain repair markers like Minwax.

To repair furniture scratches that are deeper, you can use felt-tip touch-up markers. Simply color the scratches using a marker that has the same color as your furniture then apply paste wax over it. However, most people prefer using wax sticks, which come in a larger variety of colors. To use these sticks, firmly rub them into the scratch until it is filled. Excess wax should be removed by a thin plastic card or the edge of a putty knife. Once the wax is dry, buff it up with a soft cloth. You can also touch up furniture by applying an oil-based stain on the scratches.


Touch up Dings and Chips

As for dings, or tiny chips in the furniture, the flat, sharp edge of a craft knife can be used to remove any loose finish around the ding. Apply No. 0000 steel wool on its edges carefully and then clean it with cloth that was moistened in mineral spirits. When it’s dry, apply varnish or lacquer that matches the furniture and let dry. Buff with the steel wool and touch up furniture by waxing and polishing it.

Lastly, swelling the wood can repair shallow dents, which are easiest to remove in bare wood. To raise the dent, apply a few drops of water and leave for at least a day. If this doesn’t work, place a damp cloth over the dent and press it with a warm iron. Make sure that the iron doesn’t directly touch the wood, as this may lead to more problems. If this still doesn’t raise the dent, a commercial wood-swelling liquid may also be used. When the dent has been raised, leave it for about a week and then clean it with a soft cloth moistened in mineral spirits. When it has dried, buff it with steel wool and then smoothen it by applying wax and polish. If the furniture has a finished surface, rub sandpaper on it first so that you can remove at least half an inch around the damaged area. However, it is best if these dents are left untreated, especially if they are large. 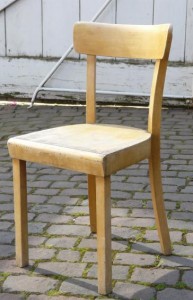 Deep dents are harder to rise than shallow ones. In order make them rise, you can use a pin or a needle to make small holes before treating it like you would treat a shallow dent. You can also fill it with wood putty, wood filler, or shellac sticks.


There is no way to avoid damaging furniture because they are so often used. A minor scratch, dent or ding is easy to remove with the right tools and products though. By repairing minor damages yourself, you are saving a lot of money and helping to preserve the environment in the long run.

Refinishing Techniques when Staining a Table

How To Repair Wicker Furniture

Refinishing Furniture is a participant in the Amazon Services LLC Associates Program, an affiliate advertising program designed to provide a means for us to earn fees by linking to Amazon.com and affiliated sites. As an Amazon Associate I earn from qualifying purchases.